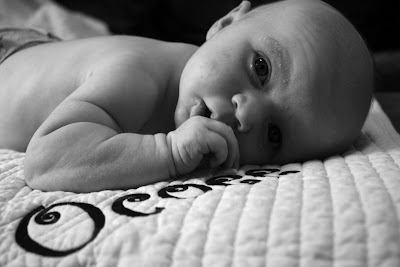 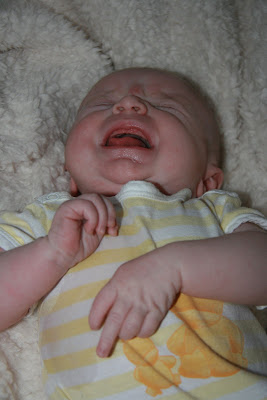 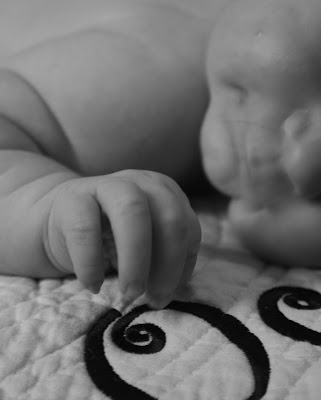 So little girl I have big plans for you. We are going to do all sorts of things together. I promise to say yes to you when your spirit for adventure takes you places that mommy might be a little worried about.....I know that by saying yes instead of no you will learn self esteem and self-confidence...two things I can't buy you or give you but hopefully can clear the path for you. My first plans are practical...swim classes before Maui. Found a great place that has a warm salt water pool and allows 3 month olds to take classes....another thing I will do for you...lie and say your 3 months so you can take the class before Maui....only 2 weeks early and since you were a week late, practically not a lie :) I don't think you will learn anything but I will learn how to be with a itty bitty (metaphorically at least) baby in the water. Even though I was a lifeguard I have never swam with a infant so it will teach me more than you.

Other plans I have for you are dreams but I believe when you say a dream enough it becomes a reality...so we will travel the world together..Paris, London, China, Egypt...I want to float down the Nile like Cleopatra did and think about a society where a woman was powerful, strong and in charge.

And other plans are simple and ordinary, like building our first snowman together, filling up a piggy bank and baking cookies. So deal with it little miss, I am a planner and your mine, so this is how it goes.....that being said...so far you have not let me be in charge of everything...the best laid plans are wrecked by a little ball of squishy baby. In the end, I love you enough to throw the plans out the window and savor the moment...whatever or wherever it is.
Posted by Janelle Fey at 4:50 PM